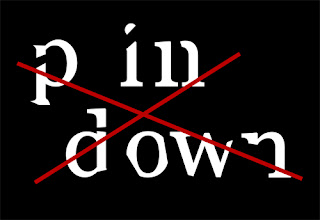 Hot on the heals of Antigen, Pindown is picking up a little momentum at the moment as well. We are submitting a remastered version of the 2004 track 'Flea Circus' to a Best of Ipswich Bands CD due out in June this year. The CD will also feature such luminaries as The Stupids, Extreme Noise Terror, Optimum Wound Profile, White Slug, Earth Mother Fucker and Violent Playground. These are only a handful of bands that will be featured on the double CD, but alas, it will not feature Ipswich's smallest export, Nick Kershaw. Nevermind.
Other Pindown news includes the launch of a MySpace page with most of our 2004 release, Democracy In Action, available for public scrutiny. As much as I still hate MySpace (the launch decision was out of my control), in the 4 days there has been music posted we have had more visits to the page than came to our last gig! See Dublog Links to access.
Lastly, as mentioned in my previous post, we are preparing for a rare public appearance on July 18th supporting Henry Homesweet at the launch party for his first CD release on Antigen Records. We are working on new material to preview at this outing but will also include the most accessible bits of Democracy In Action and projected visuals from Dubdog. I was toying with the idea of live VJing at the same time as performing but in reality I think it'll be better if I QuickTime some footage to fit the set list. More details available here and from the Antigen and Pindown MySpace pages as they emerge. I can mention that there will be a limited number of free CDs given away on the door featuring the great and good from Antigen's back, and current, catalogue.
Posted by Dubdog at 19:51

VJing while performing would be multitasking madness unwise for a man nearing his forties! Like most of the planet I'd entirely forgotten about Mr Kershaw. The compilation should consist solely of covers of 'Wouldn't it be Good' in his honour.

Now there's an idea. I bet you had to look him up on Wikipedia to get the track name though.

It must be the highest honour of any musician to be remembered solely through car boot sales and charity shops. It's what Pindown are aiming for.

He has a Wikipedia entry? I remember Kershaw as being a sort of Howard Jones without the charisma - which really is an acheivement! Going for car boot glory is a noble ambition.