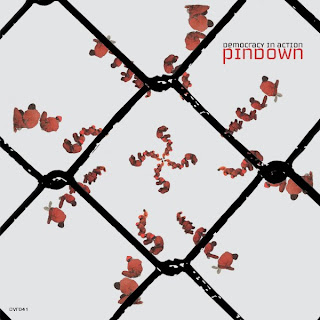 More Pindown news: we're performing a gig on December 5th, that's 2 in one year, which is a massive increase in our less than prolific work rate. You can catch the digital sample mayhem at the Blue Room, Ipswich. Also on the bill are Bring Back Her Head, featuring ex-Violent Playground members and These Are End Times, Ipswich's one and only post-rock outfit. More details available from the Antigen Records and Pindown sites.

Preceding this gig is another Antigen presentation in the shape of a performance from ex-Warp artist John Callaghan [featured on the recent Warp20 (Recreated) release], again at the Blue Room, on Nov 14th. Also on the bill are Pindown labelmate Henry Homesweet, Mr B The Gentleman Rhymer and Mixomatosis.

The Antigen pipeline is also bulging with planned new releases for 2010 which will be announced when details are firmed up.

That'll be the gig on the 5th December at the venue that is not accessible then (in contravention of Pindown policy)......xxxx