The smell of linseed oil 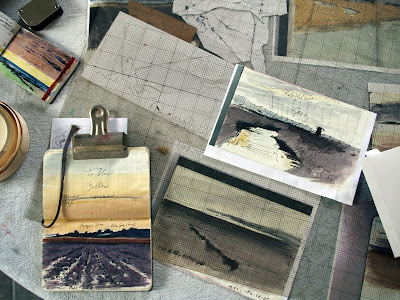 Yesterday I spent some time trawling through old family photographs trying to find a decent portrait of Terry, my Uncle, for his obituary. My brother is currently writing this with someone Terry used to work with at English Heritage, in the hope we will get it published in The Guardian this/next week. While I found some great photos, unfortunately, none really seem suitable for an obituary.

However, during this search, I came across these photos of Terry's studio I took on one of my last visits to the home he and Christine had made in Walberswick. They took me back, and reminded me how privileged I felt being allowed into his creative space and him asking my opinion about the latest sketches he was working from. I had always loved spending time in his studio, even when, for the majority of his life, it consisted of a bedroom in a cramped council house in Rose Hill, Carshalton, Surrey. The smell of linseed oil, the stacks of canvasses leant up against walls, the scraps of newspaper clippings and open books that Terry would be using to fuel his visions. They all helped shaped my view of art over the years. 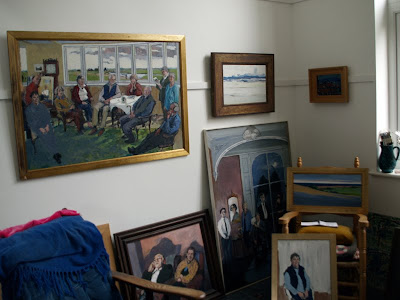 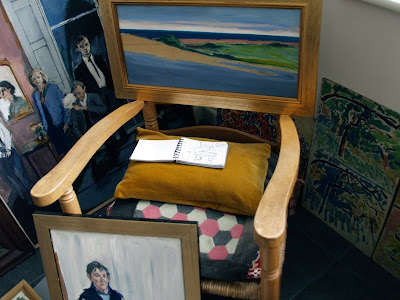 Then I came across a photo of a model I had forgotten about. Terry and Christine had recently had this studio built—previously he had been working in a small back room that was cold and damp. Terry being Terry had made a model to get a sense of what the extention would be like on completion. This was something he would often do when working on his reconstruction artworks for English Heritage and Cadw, architectural research that gave him a sense of scale and perspective for his paintings. I would gaze in wonder at them as a small boy and I did so again when I saw this on this visit—I've never been particularly good with 3D myself. But what I really like about this crude model is that he has carved a figurine of himself—here he is coming down the stairs. 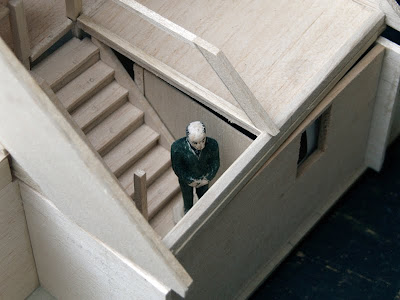 This personalisation of his work is something that I would also see in his reconstruction artwork. Occasionally I would see some of these staring out at me in an English Heritage guide book and think, "is that monk there my Dad?" Or, "that servant looks a lot like photographs I have seen of my grandmother as a small girl". And of course, like many artists, he would draw himself in, the bald head and thick set mustache being a dead give away.

I also came across a photo of a catalogue of his reconstruction artwork I put together for him about 10 years ago. I think he was hoping to get it published, but unfortunately that never happened. 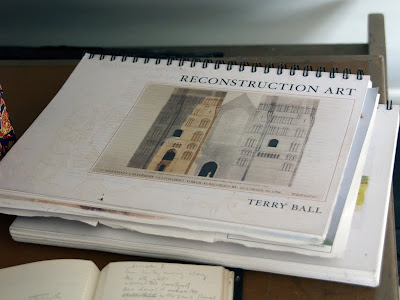 A slight irony that strikes me as I look at these photographs is that on the night he died, the week before last, I was actually putting together a lecture for students at UCS about workspaces, albeit from a graphic designer's perspective. I haven't yet given that lecture and maybe when I do get around to it I'll include some of these shots. Until then, they can be seen on my Flickr account in their own set. 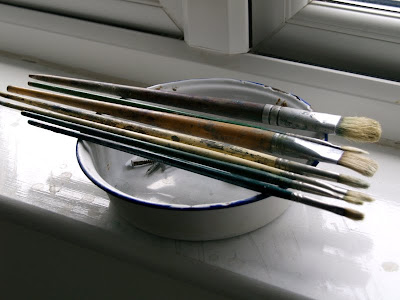