Yesterday in Southwold, I happened upon a CD Fair. That was pretty much the rest of the afternoon written off! 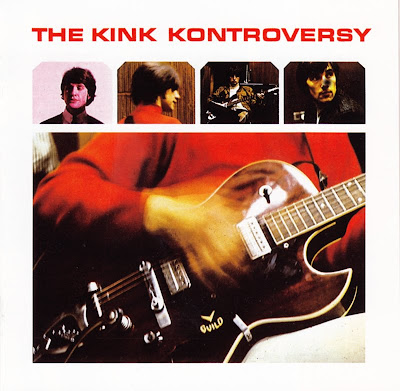 Trawling through the 1960s section, I found some Kinks. Owning only Something Else and Village Green Preservation Society on CD, and a greatest hits compilation, I snapped up The Kink Kontroversy. And what a great record it is.

However, music aside, the back sleeve was intriguing. At first glance it is standard fair for a 60s release. Title, track listing and blurb about the band. 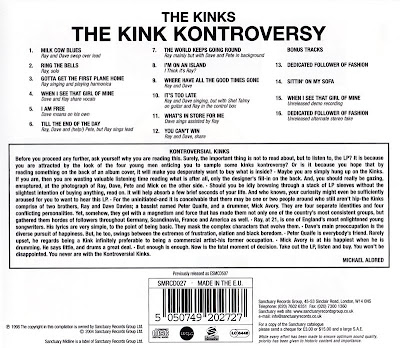 But on closer inspection the copy involves a lot of humour which mocks the band—such as bemoaning poor Pete for singing on Till The End Of The Day—which I thought was quite brave for 1965. 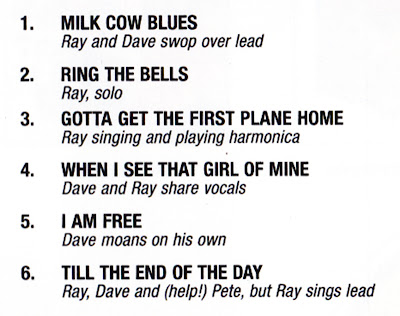 Then, as I read the Michael Aldred penned piece about the band, I got the feeling that it seemed somewhat familiar.

After a few minutes I worked out what it reminded me of; XTC's sleeve for Go2 (below), by Hipgnosis. I have always considered this sleeve to be an ironic postmodern masterpiece, in terms of sleeve design, and further to this, I had also previously thought of it as being completely original. Now I'm wondering whether I'm right in that assumption. Not that this new knowledge changes my view of the brilliance of Go2, everyone has to get their inspiration from somewhere, and Hipgnosis developed the concept much further and took it to its logical conclusion.
Compare the two pieces and make up your own mind about whether the 1978 post-punk classic below is indebted to the 1965 mod original above. (Click on images for larger view). 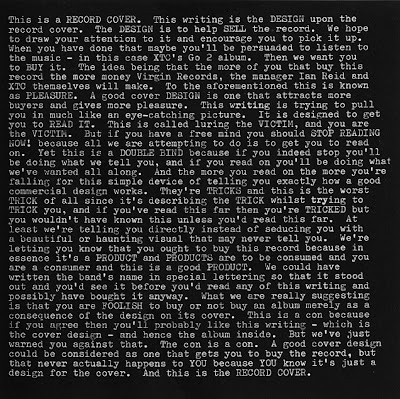