And the title of the next programme is…

I've recently noticed a major lack of quality control in title sequences for some of the BBC's output. This is despite the continued excellence of some of the programmes. Take, for example, this atrocious piece of typography for Go West, a Friday night BBC4 programme that is currently running, about British bands 'making it' in America. 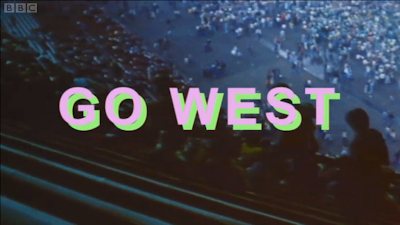 It appears as if the producer has allowed a GCSE work placement student to knock this together in iMovie, as the type slowly pans down the screen while images of adoring audiences at rock gigs in USA stadiums fills the background. 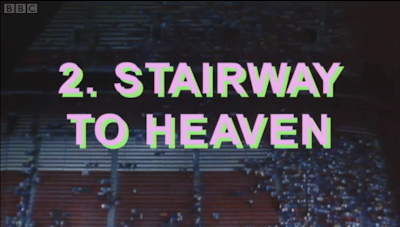 Unfortunately, the overall effect of the sequence just gives the impression of being 'cheap'. It is as if these type of BBC4 'talking heads' programmes have had the majority of their budget spent on paying guest speakers, while stitching together archive footage from the Beeb vaults. Hmmm, I'm probably not far wrong in this assumption.

The first title sequence that made me choke on my tea for its complete lack of aesthetic consideration was Timothy Spall's Somewhere At Sea. Be thankful I wasn't able to find an example online to post here. Like Go West, I'm sure it wasn't a big budget affair, but it did showcase a BBC veteran of high regard. Much like the programme that really did make me wonder what was going on in the minds of the graphics department at the BBC; Stephen Fry's Planet Word. 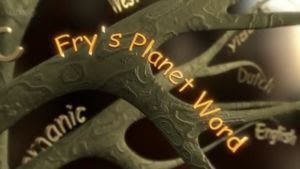 Comic Sans, please! This programme was dedicated to language—one episode even looked at the visual side of sign language—and yet the designers seem to have completely dismissed the importance of visual language in its title sequence. This is even more baffling when given that some effort had gone into the trailer, which at least attempts to smpathetically visualise and authenticate the subject matter being discussed.

Now I understand that the same level of design savvy can't go into everything, and that not all budgets will cover getting Why Not Associates to do the titles, (see Life On Mars and Ashes To Ashes), but the issue is that you don't need to spend lots of time and money on making a considered and understated piece of typographic communication as this is more about rudamentory design choices—things that second year undergraduate graphic design students are adept at. And they are decisions that I am paying my licence fee for. You can seriously undermine the entire credibility of a TV programme with this sort of basic insult to your audience's intelligence.

Finally, don't get me started on the end titles; I'll leave that particular rant to David Mitchell, who is much more adept at such things than me.