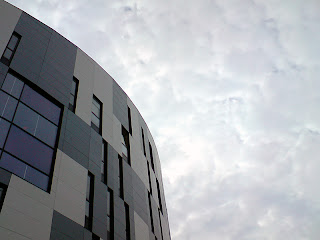 It's been a crazy busy week. Got my first look in the new University Campus Suffolk Waterfront Building on Monday and then spent everyday except today in there begging rooms to induct new and returning students. It's looking good.
Also been busy planning some lectures for next week and dealing with loads and loads of admin. 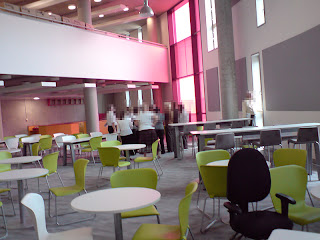 In the great house move scheme of things got rid of our piano last night and although I tried not to, ended up giving the people that came to pick it up a hand. An old friend/band acquaintance turned up to help them take it away (coincidence) and it's the first time I've seen someone prepare for piano removal by wearing flip flops!
Another old friend phoned and as we hadn't spoken for two years it was a long call. Great to hear from him.
Saw some friends last Sunday and went to a Polish festival in one of Ipswich's many parks and watched the Warsaw Village Band who were fantastic. Thanks for the tip off Kelvin and it was great to see you all.

Down point of the week, I unfortunately had to pull out of a Pindown gig. It was scheduled for late October in Colchester, the same week I'm going to move house. Too much on at the moment to concentrate on rehearsing. Number one priority: keep sanity intact! We will play again however, and hopefully showcase some of Jason's new clothes I've heard he's been buying!

TV On The Radio and Mogwai's new albums have been helping me to keep on top of it all. 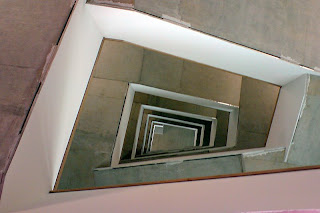