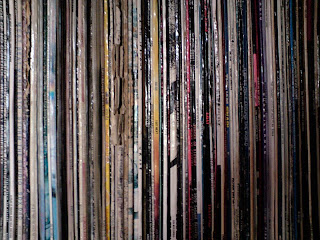 Off to check out new stereos today. The old one has got to go. One channel on the amp repeatedly cuts out or breaks up, the speakers aren't the brightest around and every part is over 15 years old (excepting the tape deck and mini disk) if not more. We've had it cleaned out before but I really think it has now done it's time.

So, how do you buy a stereo? I've only ever acquired them before, always second hand; a friend of a friend is flogging an amp or someone moves out of shared housing and leaves behind some speakers etc. Having said that, the current set up is mostly my better half's. So, back to the buying, I've decided on a selection of CDs to take with me. Not sure what the shop assistants will make of my choice but I'm sure they've heard worse. I've chosen a range of styles and recording qualities to gauge the systems and separates I'll be listening to and this is what will be blasting out of electronic retailers around Ipswich later today:

Joe Gibbs and The Professionals - Almighty Dub Chapter Three (for the 70s dub production and sound FXs)
Bonnie 'Prince' Billy - Lie Down In The Light (for the clarity of the male/female vocal mix and for the folk)
Lou Reed - The Blue Mask (for the 80s production and the heaviness of the title track)
Thee Silver Mt. Zion Memorial Orchestra & Tra-La-La-Band - One Million Died To Make This Sound (for the mood and its lo-fi glory)
The Bug - London Zoo (for the deep bass, deep vocals and claustrophobic ambiance)
Leadbelly - C.C Rider (for the crackles)

The only thing missing is classical but that is for musical snobs and elitists and I'm unlikely to ever want to listen to any unless it is accompanying a nice advert on the TV.

Still deciding whether to get a turntable or store the vinyl when we move.
Posted by Dubdog at 11:30

you need to take this along:
http://blogfiles.wfmu.org/HW/Audio_Fidelity_1958.mp3

Very good. I'll stick it on the Dubpod and see if I can plug it in.