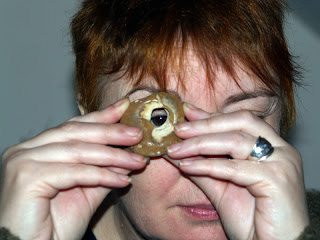 2009 is almost over. As is the first decade of this century. Lots of lists everywhere, looking back and remembering it being the decade of iPods, Google, Obama and Radiohead.

Personally, I'm only really interested in looking forward. Can't see the point of looking backwards, or else I'm only reminded that in the last 10 years on a national and global level we've completely failed to eradicate poverty, homelessness, the gender pay gap, global warming, bloodshed in foreign lands…I could go on. We might as well be looking back on the decade that was the 1970s, or the 1980s, or the 1990s. Hmmm.

So, like I say, I'm all for looking forward. If the next 10 years is as good to me on a personal level as the last; getting married and a complete career change being the major high points, both of which I couldn't have predicted in 1999, then I'll be a happy bunny. And it's the last 10 years that have actually taught me to look forward. As Howard Devoto said in 'Shot By Both Sides', "You live and learn, you have no choice".

Happy New Year and a progressive 2010 to all Dublog readers.
Posted by Dubdog at 13:31