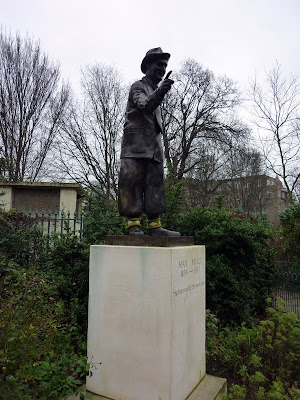 A quick round up of things seen on my weekend in Brighton last week. Briefer than I would wish, but time's pretty restricted at the moment.

First up is a statue of Max Miller just outside the Brighton Dome. I didn't really register the statue until Claire pointed out that it had a piece of knitted graffiti attached to it. Apparently this is quite trendy. 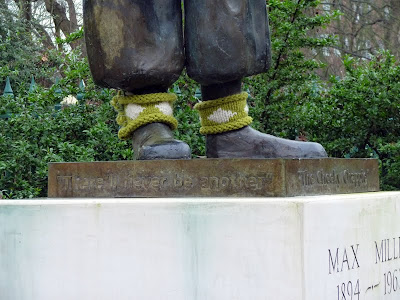 We saw the statue on leaving the ever excellent Brighton Museum and Art Gallery. I posted from our B and B last week about how much I enjoyed the Capturing Colour exhibition at the Museum, but haven't really had a chance to talk about the rest of the venue. There are some great exhibits of modernist furniture and paintings, as well as really well put together displays about Brighton's social history, of which it has plenty. There's too much to go into here, and needless to say photos will be up on Flickr over the coming week, but this quote on the wall near a section about cycling has to be posted, (excuse the poor image quality). 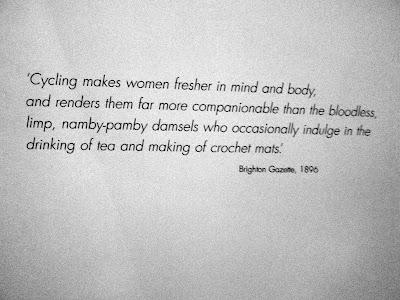 The other aspect of the museum I want to mention is the fashion section. What I like about this is the fact that much of it is about street fashion, and lots of the clothes are donated by locals, with back story. 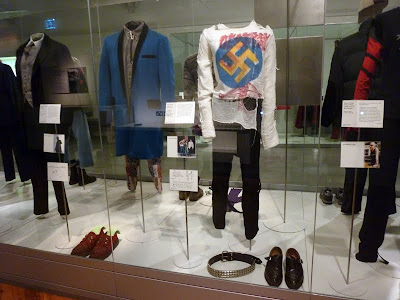 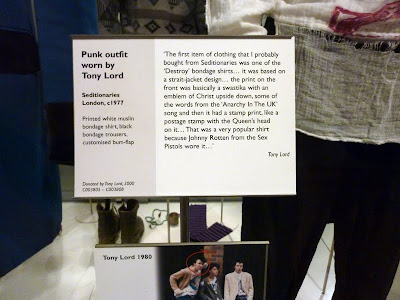 On some items they even has responses from local school children. I wonder whether Tony Lord ever did use his belt to repel vampires? 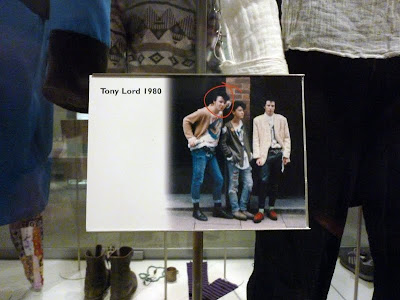 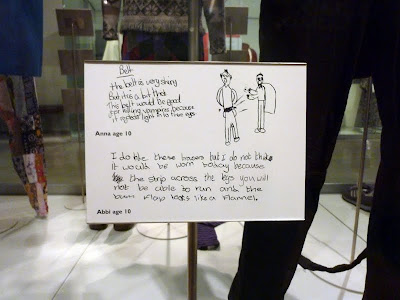 On the return journey, we decided to take in the De La Warr Pavilion in Bexhill-on-Sea, another modernist masterpiece. 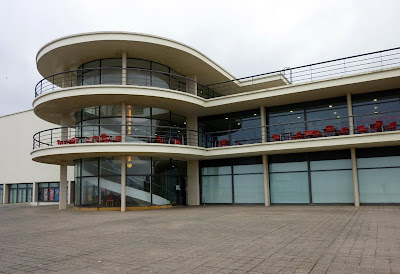 Apart from the fact that it's always good to pop into this magnificent building, one of the things that drew us on this occasion was the Moving Portraits exhibition. 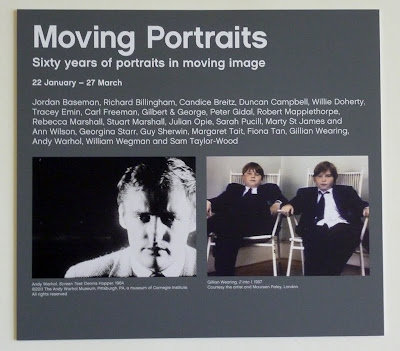 While I'd seen several of the pieces on display before, particularly Sam Taylor-Wood's David and the Gilbert and George Living Sculptures, what I wasn't expecting was to be bowled over by anything by Andy Warhol. His Screen Tests 64-66 gave an eerie sense of voyeurism as I looked at famous icons from the 60s who were all staring back at me, in complete silence. Wondering what was going through their minds is a natural reaction, steeped as many of them are with cultural significance, but I found them strangely powerful as well—the addition of motion seems to have given the traditional portrait not only life (obviously), but somehow made the subjects more tangible and ordinary, given that our relationship with these people is usually through the eyes of the media. I got the feeling I was being given a very personal and intimate audience with them. Particularly when, (spoiler alert) unexpectedly one of them, Susan Sontag I think, starts to cry. Very powerful stuff.

Other highlights included Margaret Tait's Portrait of Ga in which the unwrapping of a sticky sweet seems to suggest more about the personality conducting the action than seeing her going about her daily routines in the rest of the film. She wants the sweet, the simple pleasure, but is so very careful not to get her fingers sticky. I also enjoyed Candice Breitz' Factum Misericordia, where two identical twins are interviewed on camera, asked exactly the same questions and sat in exactly the same chair so that the only difference you could tell was in their narration, their individual take on their experiences as one of a twin, and how they felt they related to each other. The editing of the interviews, shown side by side, and the sound track running out of sync and switching screens added to the draw of trying to relate to these two people as individuals talking about their collective experience.