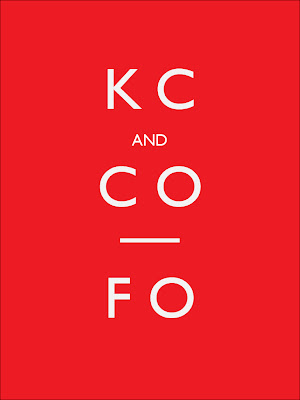 Ever since it started appearing everywhere about two-three years ago, I have had a problem with the poster 'Keep Calm and Carry On'! The basic premise of the piece is that you should accept your lot, never object to anything, and continue with the status quo as if nothing had changed. Adorned in shop windows and dressed up as an admirable trait of the British psyche, the concept that adversity is something to shrug off by being quietly subservient, actually makes me angry. The idea that ignoring our problems and not questioning the root causes will somehow 'fix' everything, in my mind, is tantamount to telling children not to do anything if they get bullied in the school playground. Should we also accept a bit of racism now and again as well? It is bad enough that this poster, (supposedly), became an ironic statement on how people felt about an economic system collapsing around them, but when the current edition of Creative Review puts the phrase at number 12 in a 'top 20 slogans of all time poll', I am incredulous. (And that is not just because my vote for Cresta's, “It's Frothy Man”, didn't get a look in.) The insidiousness of this poster is made even more apparent in the accompanying article. Apparently, commissioned by the Government's Ministry of Information in 1939, it was never released, despite the Government stockpiling 2.5 million copies, and was only intended to be pasted up around the country should Britain be invaded during the burgeoning war with Germany. Therefore, its intention was to tell people to accept their fate and to not challenge their new Nazi leaders—as if I didn't like it enough before I knew that, I now hate the poster even more. I'll be tempted to smash any mugs I see with it printed on as well from now on.

It is not just me who sees the insipid side of this graphic blinkering. Justin McGuirk argued in The Guardian, "Take that odd phenomenon, the "Keep Calm and Carry On" poster that has been ubiquitous since the credit crunch. In its appeal to the plucky stoicism of the blitz years, it seems designed to dampen down any unrest aimed at the political-financial establishment." These thoughts led me to think about other graphic conditioning statements, albeit in fiction. The KC&CO shares a resemblance, in intention at least, with George Orwell's 1984 doublethink sloganeering; War is Peace; Slavery is Freedom; Ignorance is Strength. Likewise, in the 1968 TV programme The Prisoner, hung throughout official buildings were the slogans; Questions are a Burden to others; Answers a prison for oneself. 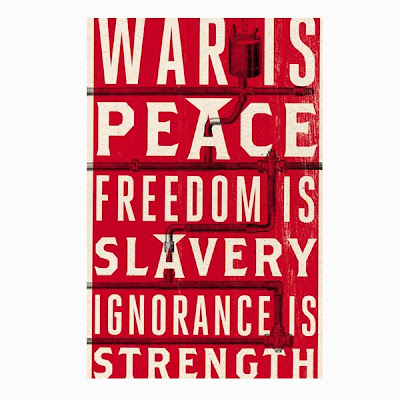 Jon Gray's cover for George Orwell's 1984 (Penguin Books)
So why rant about this now, other than because Creative Review sparked a renewed hatred for the poster. Well, the article coincided with a piece on the Creative Review blog about the launch of Occupy Design, whose first conference was held this weekend. Jonathan Barnbrook, one of the conference organisers told CR: "There are … some ridiculous things going on at the moment which show that much of design and advertising is simply pretending it's business as usual. For instance: D&AD setting a brief for students to rebrand the City of London, to make it look cool when these people are responsible for the mess we are in and the huge cuts in education." Likewise, Jody Boehnert states on the Occupy Design website: "Communication design is used to sell products – but even when it is not explicitly engaged in manufacturing consumer desire, design can function to conceal the impacts of conspicuous consumption and the socio-political-economic system through a process known as symbolic violence. While communication design can be used to reveal consequences, illustrate systemic dynamics and facilitate public processes—capitalism needs designers to promote consumption not to critique consumption!" Both these views pretty much sum up my feelings on seeing a 'Keep Calm and Carry On' poster staring at me from behind the counter of a shop.