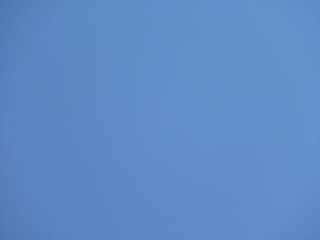 These last few days we've had clear blue skies above our house in Ipswich, Suffolk. Not so strange you may think, the weather's been nice. That is, unless, you consider that it usually looks like this on a clear day: 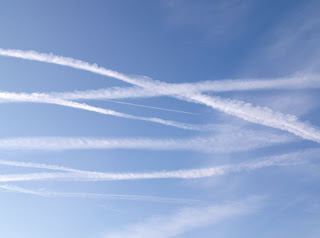 The sky above my house a month ago, 16 March 2010
I have become fascinated by vapour trails these past few years, ever since I flew for the first time in 2006. Since then I can't help remembering the excitement I felt when boarding that plane to New York when ever I look at them. I have been photographing them regularly since.
They are also, rather obviously, a symbol of the amount we are flying. I've always believed flying is a luxury, not a right, and there's a certain sort of irony to a natural phenomenon grounding what is arguably one of the worst environmentally damaging extravagances that the 'developed' world partakes in.
Plane Stupid's 2009 advert. Written by the ad agency Mother, produced by Rattling Stick.
Links:
Plane Stupid
Mother
Rattling Stick
Posted by Dubdog at 17:16

Are you sure that's the sky, not a pantone swatch?