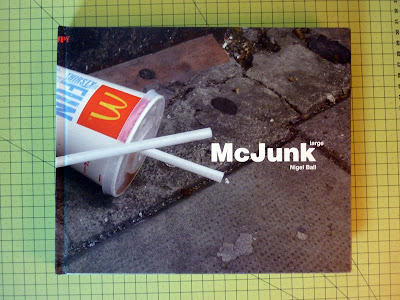 I got the hardback McJunk through the post on Thursday. I'm generally really impressed, but test copies always throw up a lot of issues previously unconsidered. 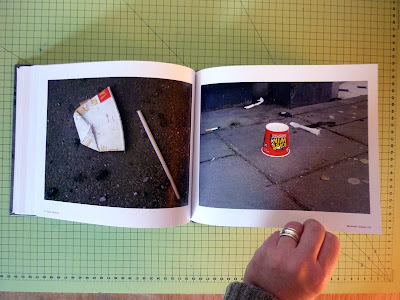 For a start, I've decided to abandon the paperback version. The size of the prints and the overall feel of the book just didn't justify the price I'd have to charge for it. This was made blindingly clear when I held both the hardback and the paperback editions in my hands and I realised a £10 price difference didn't translate into tangible value. There will now only be a promotional paperback version which won't be available to buy. 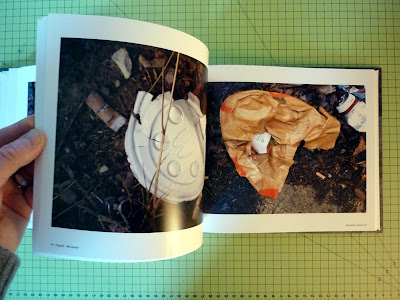 I'm also rethinking the inclusion of the Polaroid McJunk shots. They may be axed or included in with the introduction text.

Layout and type size issues are bothering me and the bleed on the endpapers is a disaster. Even though I've artworked correctly, it appears I'm not going to be able to trust Blurb's print registration so this needs a rethink also (see below). There are numerous other details I won't go into here. 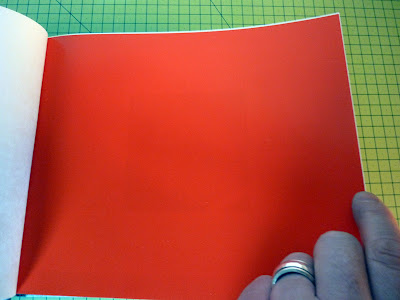 Needless to say this is pushing the publication date back even further, but this is no bad thing as we approach the end of the year and I'm thinking a 2011 release date could play into my hands as far as publicising the book anyway. I'm now aiming for a release date of 01 Jan 11.
Anyway, I've had some invaluable feedback from those whose opinions I trust enough to show this too in the flesh at this formative stage. So thanks Russell, Dave, Heike, Matt, Ken and obviously Claire, my most astute critic without whom I'd never formulate my half baked ideas into fully formed content.
Posted by Dubdog at 15:23

is it sad that I'm actually excited about this??
I've heard so much about this project over the last three years and now I see test prints, I actually want to see what comes from this irrational hatred of McDonalds! (I say irrational- i don't mean that)