Claire gets pretty frustrated with my constant photographing of found type wherever we go. This last week, a spring holiday on the north Norfolk coast, was no exception. However, even Claire was impressed with this village sign using the local vernacular: 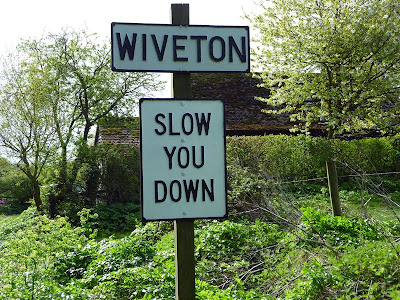 It's rare that I stop the car specifically to take a photo, as I did with the above. However, I did again for the image below. A sign from a bygone era, impressed as I was by the awkward diagonal stacking of the letters and the Norwich City colours (almost): 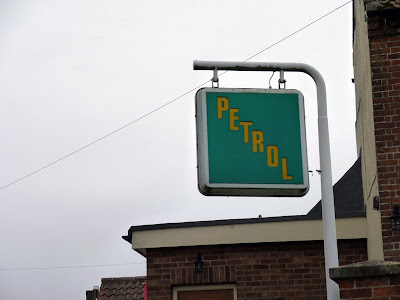 Is the E trying to eat the cross bar of the T?

After a stroll through a particularly poor market (I'll not name the town involved for fear of provoking a Suffolk/Norfolk dispute), Claire spotted a row of antique's shops she wanted to look around. One was held in an old church building, and above the entrance I found this ghost of where type had previously been: 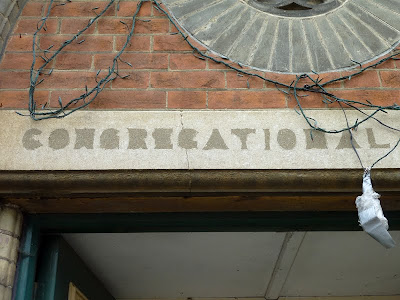 I now feel a new project coming on: recording ghost typography. This was reinforced as an idea when across the road I saw an abandoned shop with this above the window: 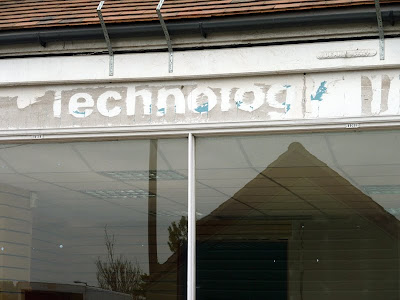 It also struck me as odd that the shop with the word 'technology' above its emptied shop front was across the road from a row of shops selling antiques. Technology has less longevity than antiques, obviously. Or is it that each piece of technology soon becomes an antique, and in this case, just moves across the road into a different shop?
Posted by Dubdog at 17:01

Good one - we know Wiveton. I like the congregational type- you could make a whole font there