The name of this blog is Dublog

Having a nosey in Norwich's branch of HMV the other day, I noticed the Black Keys album on a promotional 'recommendations' stand. I think it was Jade who recommended it. Presumably she works in HMV and is informed by the NME as to what music would make her look cool if she declares an allegiance. Either that or she took a bung from the record company and doesn't care what people think about her tastes. 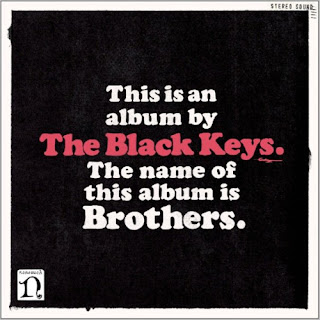 The thing that struck me most about the album sleeve was it's striking similarity, in concept, to XTC's Go 2 by Hipgnosis. Albeit, a much watered down version without the searingly postmodern ironic subtext. 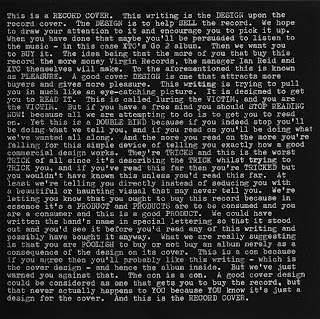 It made me wonder whether the music the CD contained was as much a pastiche as the artwork? Listening to it on Spotify, I find it is. Not a pastiche of 1978 XTC though, The Futureheads have that market covered. More a pastiche of a Jack White pastiche of some 1969 psychedelic rock band. A limp Cream, if you will.

Then in The Guardian Guide today, there's an article about a website that tells the stories behind the choice of typeface on record sleeves, called rockthatfont.com (sic). The article fails to mention that the 1920s designed face is called Cooper Black, one I associate more with the mid 1970s than late 60s psychedelic metamorphosis into heavy rock. It does however, claim that it is a savvy choice considering its associations with The Beach Boys. I'm not sure about that, and the rockthatfont.com article about the sleeve is equally as shallow. OK, so I prefer the typographic rendering for Brothers than I would were it some Wes Wilson style psychedelic composite, which would be more in keeping with the music. But still, it is pretty lame. (There's a much better post on rockthatfont.com about Cooper Black's use on De La Souls' Stakes Is High).

My linking of these two pieces of work lead to a chain of thought about other examples of graphic design's ironic 'oh aren't we clever by pointing out the bleeding obvious' tool. Two examples below, it could be argued, owe a debt to Hipgnosis. Take Hard-Fi's 2007 Once Upon A Time In The West. 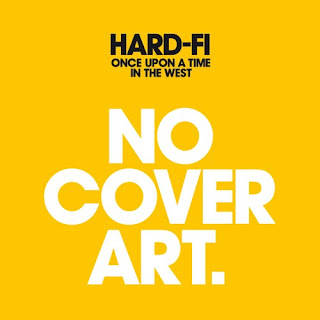 Hard Fi, Once Upon A Time In The West. (Artwork credit needed.) 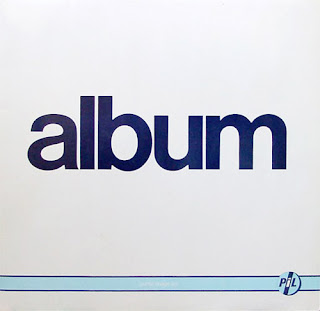 That said, the above could be seen as a borrowing from Alex Cox's 1984 film Repoman, check the beer can. 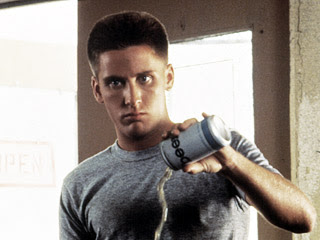 Now, borrowing and appropriation in graphic design are nothing new, just as it isn't in music. But what intrigues me is the lack of reference to the genesis, the original. I can draw lineage between PiL and Hard Fi and debate that there's a visual nod to their predecessors, the visual references almost give credit where it is due. Where as The Black Keys sleeve is such an obvious 'lift', and a lazy one at that, that I can't help feel they are doing an original idea a massive disservice when it was so much more substantial.
(And as an ironic aside, to prove nothing is original, in searching for designer credits to accompany this post, I discovered Album Art Exchange and Sleevage blogs that have both made similar connections as I have in this post. Links below.)
Links:
Hipgnosis
Unofficial Hipgnosis
Rock that font
Previous Dublog post about Go2
Album art exchange
Sleevage

The postmodern irony, or lack of it, is not limited to the album cover though. I saw this video for one of their singles a little while ago and thought 'hmmmm'. Like you do. http://www.youtube.com/watch?v=x_PrT25o8Vs

Well they'd have been right up the creek without a paddle if they hadn't been able to find a singing dinosaur.

The PIL cover was itself the subject of allegations of "borrowing". See: Album by Flipper. Although the Flipper sleeve also looked a little like a Gang of Four cover. Perhaps one day, we'll reach a point at which designers will be so lazy, they'll scan in a Mrs Mills sleeve and just write "Waxing Captors" over the top?

Or maybe Jade just likes this album and thinks other people might like it too. Did you ever think of that?